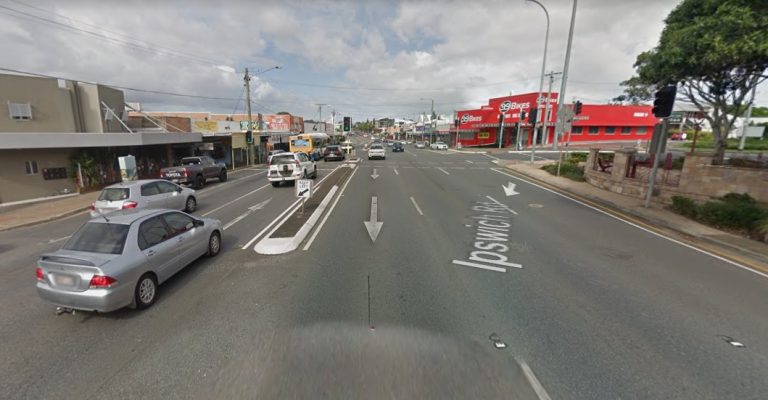 Annerley residents have banded together with local council members in a bid to reduce the number of incidents occurring on Ipswich Road.

As the area is split between two wards, Councillor Steve Griffiths from the Moorooka Ward and Councillor Nicole Johnston from the Tennyson Ward have launched a petition with Brisbane City Council.

Among the requests are reducing the speed limit through Annerley Junction shopping precinct to 40kms; upgrading the intersection of Ipswich Rd, Venner Rd and Waterton St to include proper signalised turning lanes; and building new footpath, lighting and cycling infrastructure to promote active travel.

“This is a ten-year battle. I will not give up this important project for our district. Removing trucks from Venner Road, and relocating them to a purpose built by-pass in the Yeerongpilly industrial area, would benefit residents and business alike,” says Cr Johnston.

The two councillors have claimed that for too long the LNP Council Administration has neglected road safety issues in Annerley.

According to them, the Council’s inaction has seen unnecessary deaths, significant injuries, traffic congestion and a lack of amenity for local residents who must use Ipswich Rd and its feeder streets.

Both councillor highlight that the lack of planning and investment for the southern suburbs transport infrastructure is wrong and must change.

“Ipswich Rd divides our local community and puts people at risk. It is a dangerous place for drivers, pedestrians and cyclists and has been shockingly neglected by the LNP Council for decades,” Cr Johnston said.

Over the past five years, there have been 95 recorded crashes, 9 involving pedestrians between Ipswich Rd, Annerley Rd and Cracknell Rd, and 1 death on Venner Rd. Traffic volumes are forecast to almost double over the next 12 years to move than 100,000 vehicles per day.

Residents are furious and scared. Many are working with Council Griffith and Johnston to try and have these problems fixed.

“My children go to Junction Park State School and we cross Ipswich Road twice a day. Because of the configuration of the road we fear for our lives whilst using the road” says Annerley resident Natalie Jones.

The petition closes on the 30th of July and currently has just over 600 signatures. The petitioners are calling on Council to work with the Annerley Community to fix Ipswich Rd and revitalise Annerley.

The request states that Ipswich Rd divides a community and Council must take action before another life is lost.

“We need innovative solutions along Ipswich Rd that gets through traffic efficiently to its destination and reclaims surface streets for local traffic, pedestrians and cyclists,” Says Councillor Johnston.

Brisbane City Council has stated that they will consider the matters raised and respond to the e-petition when it closes.

SolutionWire will monitor the progress of the situation.